The Voyage of the MARIA...All True!

A Catholic Priest once said that in all the times he visited the dying, he never one heard anyone say that they regretted not spending more time at the office!

Maybe this is why there is something strong and irresistible about boats, the ocean and cruising. If you get the bug, you have the bug, and you can’t get rid of the bug, until you go cruising! How else can you explain why you would resign a high paying sales career so you could sail a small boat across the ocean, and be so much happier than before, even if you were broke! At least you are sailing!

Sent to Southern California by a major corporation to I had just left such a career to sell cruising yachts in a yacht brokerage in Newport Beach CA in 1974, when a client came by the office to look at a new Mariner Ketch we were selling. In passing he showed me a small classified ad in the back of Sailing Magazine.

Panama… Choey Lee….teak hull and decks… the Caribbean! The boat was berthed in a place in the Canal Zone in the Caribbean called Coco Solo! What an exotic place that sounded like….Visions of slow turning ceiling fans and Sidney Greenstreet in a while suit!  I was smitten….I must have looked like Mr. Toad in Wind and the Willows when he saw an auto go by…..I sent off a letter to the address in Panama asking for photos and info, and went home and told Gloria about our  new adventure….One thing about Gloria was that she was always ready for an adventure. 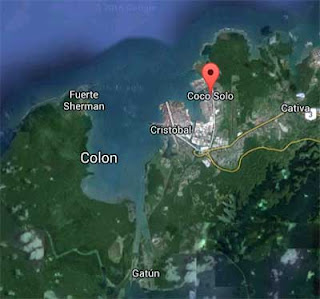 Three weeks later, Gloria and I and crossed the border near Yuma AZ and headed south into Mexico….….We learned that VW’s were prevalent in Mexico and Central America so we traded our TR3 Sports car for a VW Bus owned by my close friend Bob Carson and off we went….The VW Bus has as large circle in the front with the VW symbol inside…Bob had removed the VW and painted Mickey Mouse with a smile and outstretched arms inside the circle….It was truly amazing how people old and young reacted when we drove by in the ensuing months……smiles and waves…an amazing ambassador is Mickey!

Next Chapter: Road to Panama