Maria #2 IF THE BACKSIDE OF THE MOON HAD A BACKSIDE

So it was, Gloria and I arrived in our VW Bus at 6 p.m.  at the border city of San Luis Rio Colorado, on a Friday night in March of 1974….ready to drive the 4000 miles down to Panama on the Pan Am Highway and inspect this Cheoy Lee sailboat…..Sun was going down and as we went through the border station the dust was so thick from about 500 pickup trucks driving all over you could not see more than a few feet. 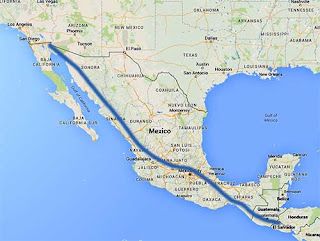 We asked the border guard why so many trucks and he said it was Friday night….all the ranch hands were drinking cerveza and tooling around….He asked where we were going and we said “Panama” and he just stared at us, as if to say “What?” We got this from all the border guards and customs all the way to Panama, as they did not get many drivers to Panama! 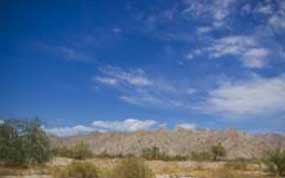 The next day, we were heading down the highway in the Sonoran Desert toward Guaymas, running due south a few miles inland, along the east coast of the Sea of Cortez….we drove for at least an hour south without seeing another car….desolate and dry and quite beautiful…..if the backside of the moon had a backside it would look like this!

We drove for several hours, seeing only the occasional car…then came upon a sad scene…a car had struck an abutment, and there were three bodies beside the road—a pickup truck had flipped over--and a passing driver had stopped and was covering them with blankets….We learned that driving in Mexico was a very dangerous pastime…and driving at night in Mexico was much too foolhardy a thing to do! 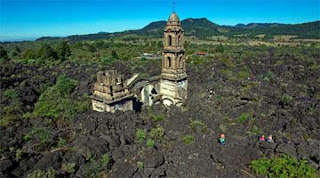 On the way to Mexico City, we drove through an amazing volcano lava field.  It was in huge contrast to the surrounding sunlit area, miles and miles of black rock, through which a road was chopped for passing traffic, such as it was.  We stopped in out of the way places that never see tourists…..played pool and drank cerveza for hours in a small cantina/bar, and the tab came to less than two dollars!

Just north of Guatemala, we drove along the Mexican coast heading south along the Gulf of Tehuantepec. Anyone who has driven along this 120 mile stretch of lonely road will tell you it is an experience you will not soon forget.  It is beautifully desolate….green and lush but no homes or cities, just a 120 mile long sandy beach . Here the Sierra Madres end just north of this area and the land flattens out and has NO mountains.  So all the wind from the Canadian Rockies on down, is funneled into this opening as it heads south and out to sea in the Gulf.  Winds of 40 to 50 knots or more are a continuous daily occurrence.  All day, all the time!  We thought our VW bus would flip over several times! 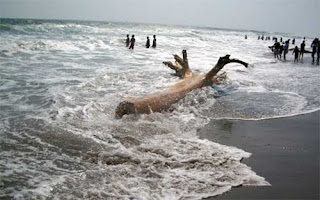 Boaters always hug close to the shore here, following along the coast at the five fathom line, not more than 100 feet off the beach. As the wind is ALWAYS from the north here and from the land heading into the bay, there is no need to worry about a lee shore as it never is a lee shore!  Being so close to shore keeps a boat in flat, calm water as there is not enough area to build up any waves…..You can look offshore a mile or so and see all the massive waves and white horses as the wind blows against the ocean.

A few unlucky boaters have gone offshore a bit too far, got caught in the winds, and wound  up several hundred miles offshore, as there is no way to fight your way back to the beach!  This is considered to be one of the graveyard areas of the Pacific, and even large oceangoing ships will not cut across the bay to save time….they all go several hundred miles out to sea to avoid this area….. 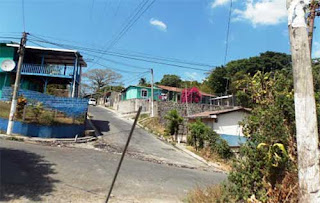 In Guatemala City, we got hopelessly lost in the messy tangle of small streets and could not find our way back to the Pan Am highway….We flagged down a man going by on a Vespa and asked in our rusty Spanish if he knew the way to the Pan Am highway…..he led us for at least 30 minutes through the thick snarl of cars and scooters and finally arrived at the road south….We tried to give him some gas money but he would not take it….All through our travels we met strangers who were so helpful and friendly that it was a revelation…. 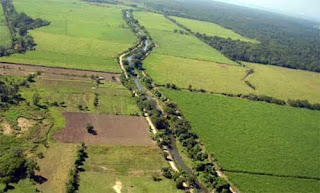 In El Salvador, we were driving down a lonely stretch of jungle road, when three uniformed men with rifles standing in the road stopped our bus…..They seemed friendly enough, but looking back on it now, with all the violence and killing, we probably should have been alarmed, but we did not give it a thought…

They did have uniforms on and we probably thought they were just army or police….they asked where we were going and when we said “Panama”….they just gave us the same look we always got, which seemed to say “are you nuts?”  They asked for a propina….we looked up this word in our Spanish dictionary and the English word was “gratuity!”  So we asked “Quanto mucho?”  (how much) and they just shrugged their shoulders….We gave them two US dollars and they waved us on……

Posted by WR Hodgens Marine Insurance at 10:33 AM